The following article is describing one of the bins that we built:

ELGIN — A visitor at All American Co-op’s open house to show off its new $6.5 million expansion in Elgin blurted out what many were probably thinking while standing inside a cavernous 1 million bushel storage bin Wednesday night: 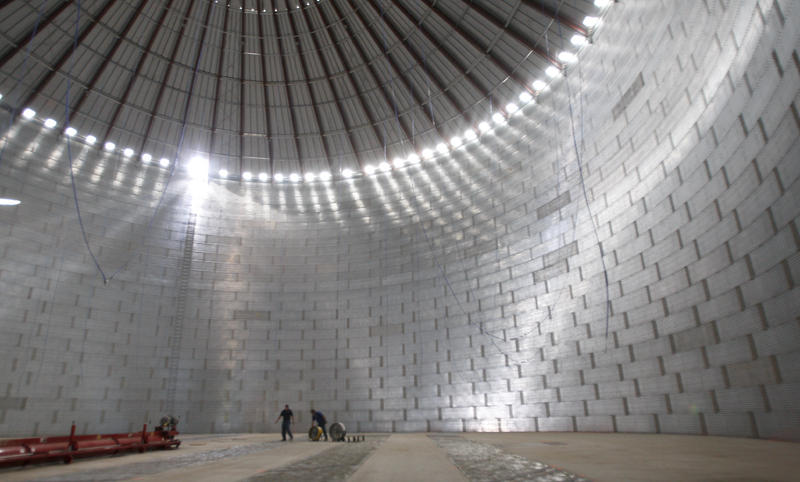 The expansion project was built on a gigantic scale, doubling the Elgin grain elevator’s storage capacity to 2 million bushels and quadrupling the speed in which a load of grain can be handled.

“It’s been a long time coming,” says Todd Stockdale, All American’s operations manager. “I have no doubt we’ll fill this. We already have enough coming to fill this.”

The fertile fields around Elgin and Millville produce plenty of corn, as well as winter wheat and soybeans to keep All American’s crew busy.

“Most years, we’d need to ship out a million-and-half bushels right away. Now, that might get down to half-a-million bushels,” he says.

The massive 1 million bushel storage bin is only one piece of what All American has been building since first breaking ground in February. Here are some of the highlights: 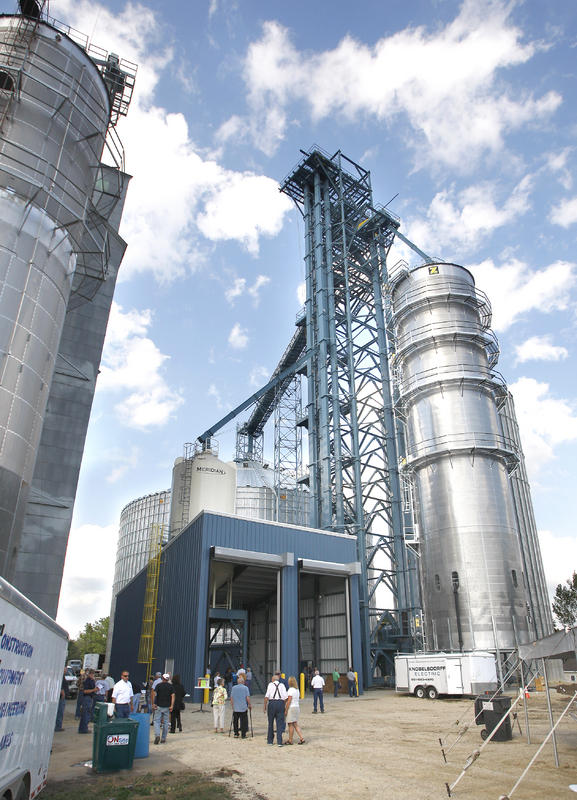 This is just the first phase of a long-term expansion plan spanning the next 10 to 15 years. This first round of work is a significant start, because it laid the necessary foundation of infrastructure.

“This was built for the future,” said All American general Manager Glenn Lutteke. “This is a very good farming area around Elgin, Millville and Potsdam. It is worth this big investment.”

This is a particularly good time to wrap up this first phase. Local farmers are expected to reap high yields even as corn prices soar.

This summer’s drought is expected to drive down the nation’s harvest numbers to the lowest levels in a decade. That forecast is driving corn prices to about twice what they were last year.

While it is expected to be a tough year for many farmers, southeastern Minnesota seems to be an oasis, with higher-than-average yields.

State agriculture officials are forecasting a yield averaging 194 bushels per acre in the southeastern region, compared to a three-year average of 186 per acre. By comparison, the state average is predicted to run about as low 156 bushels an acre. That is in line with what much of the country is expecting to see.

Gesturing around at Elgin and beyond, Stockdale grinned as he said, “This is the bread basket of America right now.”